A Government Agency was relying on an outdated analog surveillance system and wanted to modernize to a comprehensive IP solution. The massive surveillance upgrade would take place across 360 customs offices and border crossing locations, with the objective of increasing their ability to identify risks and reducing response time to threats. The Agency was also looking to improve efficiency by automating most of the processing of imports and exports coming in and out of the country, with the objective of increasing economic growth and foreign trade.

The Government Agency determined that over 8,000 existing analog cameras needed to be modernized to IP but was uncertain how to proceed. The immense scale of the project presented critical challenges:

Unsatisfied with the traditional approach to network design, the Government Agency delayed the project while they searched for an alternative. A new system integrator was hired to help overcome their barriers. The SI introduced the Agency to Frost & Sullivan’s Modern LAN principles and discussed how this new network design methodology addressed many of the challenges they were facing. The Agency immediately recognized the potential but was skeptical that it would work in their environment.

The SI introduced the Government Agency to NVT Phybridge’s Modern LAN enabling technology to prove the solution. NVT Phybridge recommended the Ethernet over Coax (EoC) solution and arranged a free no-obligation proof of concept to prove Modern LAN design and the technology in Agency’s live environment. After a few simple setup steps, the CLEER24 (Coax-Leveraged Ethernet Extended Reach) managed switch, with SmartPathPoE™ technology, transformed the existing and reliable Coax infrastructure into a power-packed IP/PoE backbone, capable of supporting the new IP cameras with up to 6,000ft (1,830m) reach – 18Xs farther than standard Ethernet switches. The CLEER24’s repeatable, predictable and scalable deployment methodology would ensure that upgrading the 360 sites would be simple and fast.

The Government Agency was impressed with the solution and was confident that Modern LAN design would allow them to achieve a simple, secure and cost-effective upgrade to IP surveillance. The customer was completely satisfied as they leveraged Modern LAN principles 2, 3 and 4 to achieve incredible results.

Principle #2: Create a secure and robust local area network – The Agency established a secure and robust Power over Ethernet backbone for their new IP surveillance system by leveraging their existing and reliable Coax-based infrastructure. The CLEER24’s patented SmartPathPoE™ technology allowed the customer to maintain a physically separate and cyber-secure point-to-point IP network for surveillance, ensuring zero disruption and risk to the core network.

Principle #3: Use new long-reach PoE innovations to maximize ROI – by leveraging the existing surveillance infrastructure and avoiding an extensive infrastructure overhaul, the Agency reduced their infrastructure costs by over $3 million and accelerated the deployment time by 80%.

Principle #4: Modernize to IP using IoTG environmentally responsible framework – by avoiding the traditional rip-and-replace upgrade model, the Agency prevented over 60 tons of e-waste from their digital transformation. The Agency also avoided installing a single IDF closet thanks to CLEER24’s long reach capabilities; reducing the organization’s ongoing energy consumption. IoTG (Internet of Things to the Power of Green) measures and recognizes organizations that modernize to the Internet of Things with an environmentally responsible process. The Government Agency has received the highest rating, 5-stars, for their exceptional transformation.

The Agency’s new IP surveillance system, now consisting of over 8,000 new IP cameras, delivers high-resolution viewing and recording capabilities; providing officials with better recognition and identification of potential safety threats at over 360 key customs and border crossing locations. The Agency was also able to leverage new business intelligence and technology to implement a new automated customs process. The integration of QR readers within the import and export locations has allowed the Agency to:

A Better Return on Investment

The Government Agency took a pro-active approach to find new and better ways to support their modernization objectives in a financially and socially responsible manner. By applying Modern LAN principles and innovative PoE technology, the Agency achieved incredible results. 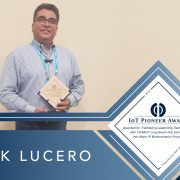 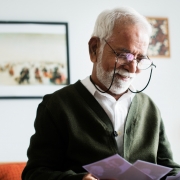 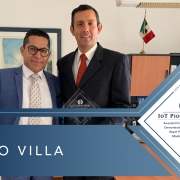 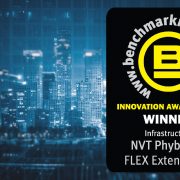 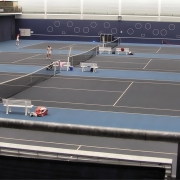 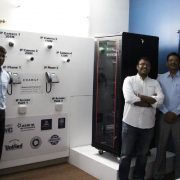 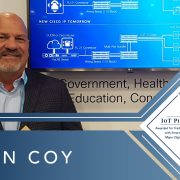